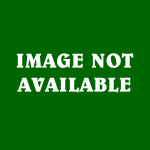 Airclean Help Data Center Win “Green Award”
James Ford
After being shortlisted in December, the Custodian Data Centre located in the Maidstone Television Studios has won the "Green Award" in the Datacentre Leader Awards. We would like to extend our congratulations to the Custodian Team.Airclean were involved from the start with the design and build of an energy efficient air conditioning system which has played a part in Custodian winning this Green...
Read More

Custodian Data Centre Shortlisted for “The Green Data Centre” Award with the help of Airclean
James Ford
Airclean have recently been involved with the design of the new Custodian Data Centre located at The Maidstone Studios.The design team, which included the client had a blank canvas allowing them to dream a little and think outside the box.The final install has included Air Handling Units and Air Filters manufactured by Airclean, which have helped to create an energy efficient data center that ...
Read More